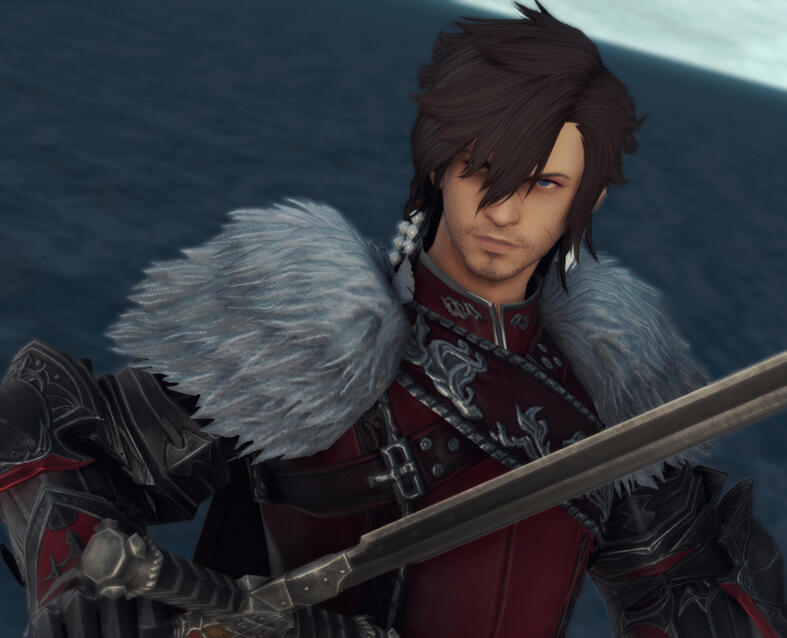 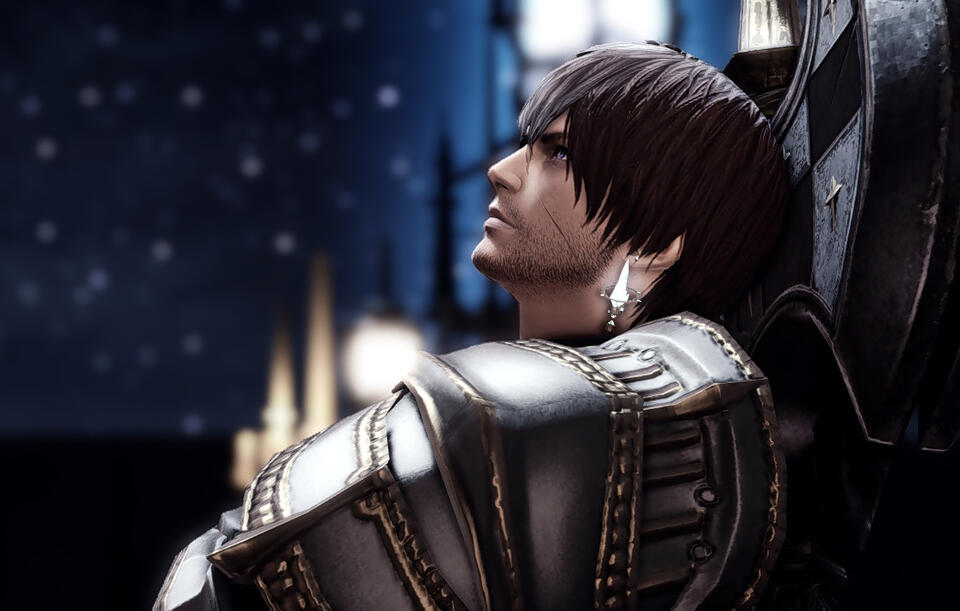 Born Rowan Gallagher, the dawn years of his life were spent in Quarterstone, where he lived with his parents and two siblings in a state of constant financial flux. Theo and Iris Gallagher were a pair of aspiring con-artists who frequently dipped their toes into the murky waters of La Noscea's underworld with more failures than successes. This all came to a head when Rowan was 11 years old, when a deal gone wrong was settled by surrendering his custody to a crew of pirates.The Sea Shrikes were a brutal lot who lived up to their namesake's bloody reputation. Rowan served the crew first as a cabin boy, and eventually as the protege of Captain Arric Flynn as he took it upon himself to train the lad as a marauder. The Shrikes were known for casing coastal villages with a single crew member dressed in plainclothes, then calling in the rest to strike hard, fast, and without mercy. Of their victims, those who presented significant opposition--or annoyance--were left impaled in the village as a message and signature. It was a sink or swim lifestyle, and oftentimes, Rowan found himself scarcely treading water, but in the end he thrived among the violence.After 8 long years of it, at the age of 19, Rowan escaped the Sea Shrikes and struck out on his own as an adventurer in the hopes that he could use the skills he learned to better his fellow man... and perhaps, in time, himself. Axe for hire: Rowan lives and breathes for adventure and the better the pay, the more willing he is to overlook the finer details. Suffice to say, the key words here are "plausible deniability." His overall alignment is Chaotic Neutral though he leans toward Good. Captain of the Ward: Have dealings with Byregot's Ward? Rowan is the newly appointed captain of their militia for better or worse and any martial enquiries go through him. Walking disaster: True to his La Noscean roots, Rowan is a functional alcoholic and he also has a penchant for sleeping around. He can be found in taverns across Eorzea getting drunk, starting fights, flirting with women, or all of the above. 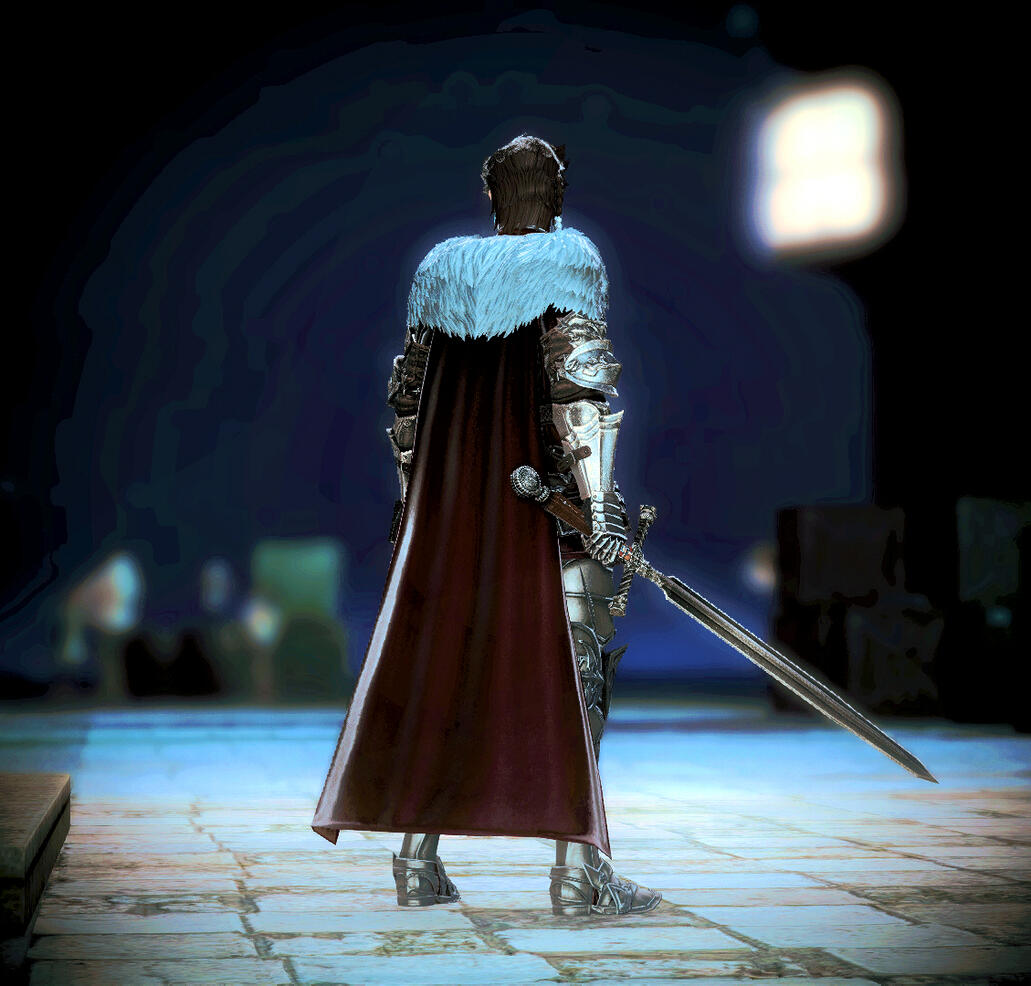 Birds of a feather: Rowan's closest friend and companion is his chocobo, Levi. Taciturn though he may be, these animals are his soft spot and striking up conversation about his best friend is a sure way to get him talking.

Scion of the Shrikes: As a former crew member of the Sea Shrikes and an experienced adventurer, Rowan has gained a veritable wealth of scars. But among the tangle that criss-crosses his back, the mark which stands out the most is the brand on his left shoulder blade depicting the Sea Shrikes' emblem. He tends to keep his back covered, but perhaps you have somehow caught a glimpse or recognize the axe he carries: that of his former captain. Inner Beast: Not only has Rowan claimed his former captain's axe, but his soul stone as well. Though it grants him strength, he has yet to quell the rage within him and is prone to losing control of it. No, he will not go to therapy.

I'm a 29 year old man. Been rping in XIV for a few years now. I firmly believe in IC =/= OOC as well as the importance of OOC communication, especially when RPing conflict or long-term connections of any sort. Mutual respect of boundaries is paramount; real life and mental health always come first!Due to mature themes and some heavy subject matter, I prefer my RP partners to be 18+. Younger characters may engage only if it is understood that there will be no romantic or sexual RP. This is not negotiable.Trigger warnings: While Rowan's experiences with mental and physical abuse can be assumed from his history, it is also implied by his behaviour that he is a survivor of sexual assault (dubious consent). I have no intentions of depicting such scenes beyond how it has shaped Rowan in the present, but I fully understand that these themes may be difficult to touch upon and encourage you to take care of yourself first. RP is meant to be fun, not harrowing!I enjoy RPing socially, as a participant in DMed events, and also as a DM.